Back in Hamburg, here is Nuit Blanche, the light sister polish of Nuit Noire. This one is rather sheer and hence more suited as an effect top coat, containing white and iridescent glassflecks. 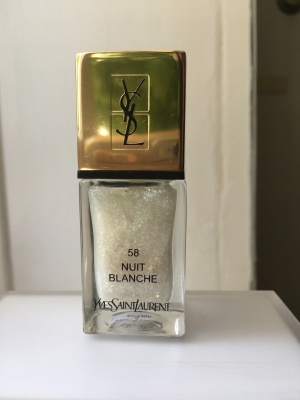 Three coats shown below – it’s not really meant to be worn on its own, even though the flakies look quite dense in the bottle. 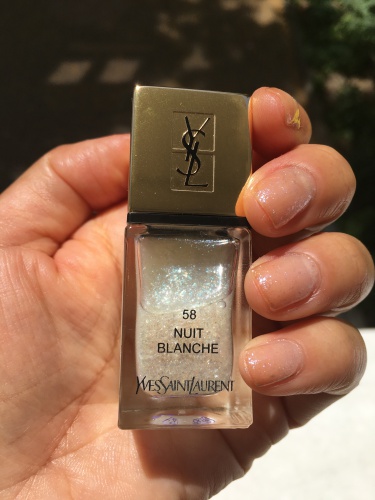 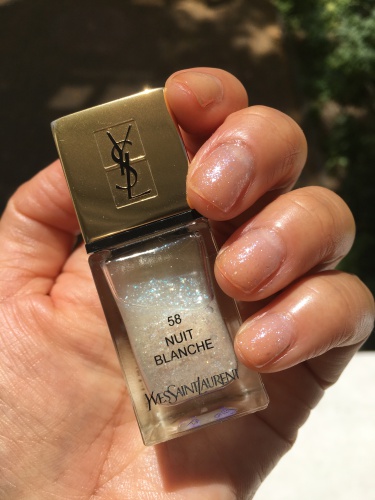 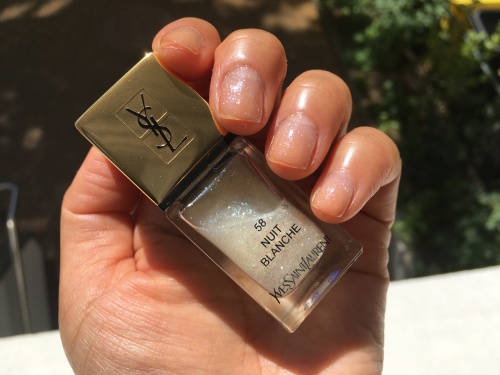 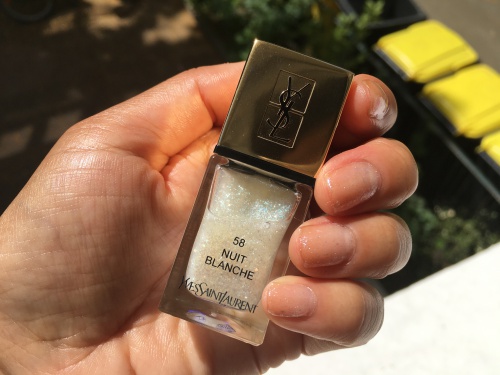 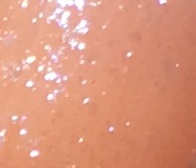