Don’t Mesh With Me. In the first place: Cool name. It’s mainly glitter, lilac bits in a slightly blue-tinted base. Thus the effect is a bit iridescent. 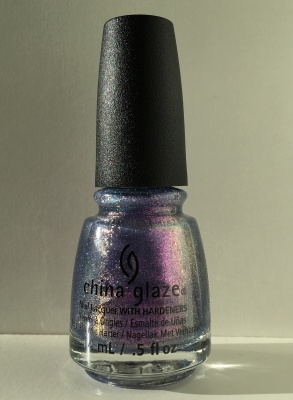 However, Don’t Mesh With Me needed three coats to look opaque. It would be great for layering – will probably try this too, because overall, I like this colour. 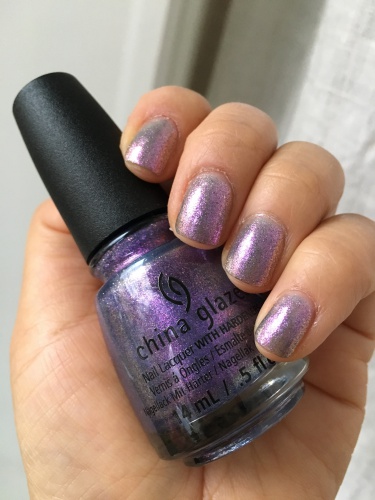 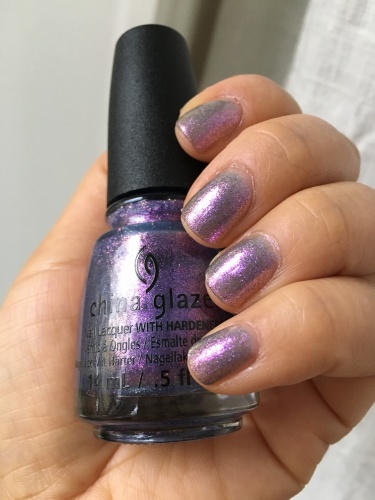 Outdoors; we were on the way to “Japan Xmas”, a first-time Japanese Christmas market. They had so much Japanese stuff, everything ranging from sweets to DVDs, cute plushies, cosplay stuff (many people wore their cosplay outfits, there was even a competition), tons of food … which was popular, so very long queues. I would have loved a BEnto box or Japanese Crêpes, but no chance to get through. Thus we had mashed potato in a nearby deli, haha! 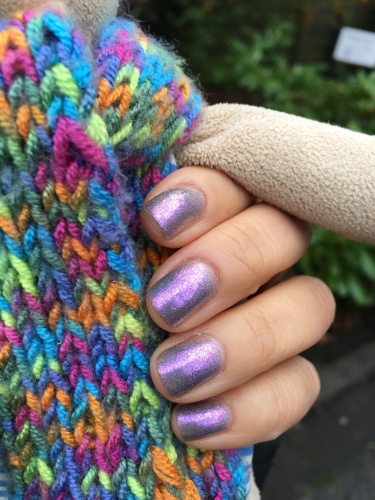 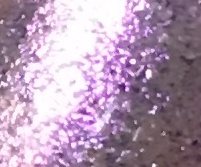 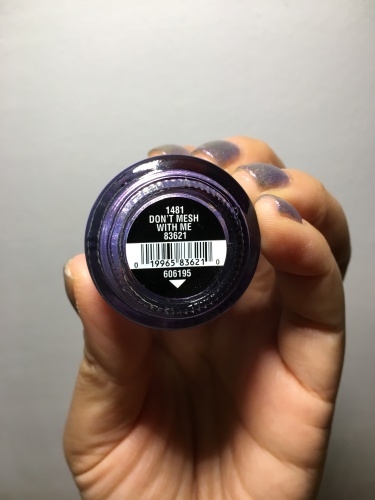